Perseverance Is A Spiritual Virtue

"For this very reason, make every effort to add to your faith goodness; and to goodness, knowledge; and to knowledge, self-control; and to self-control, perseverance." II Peter 1:5-6


During a Monday night football game between the Chicago Bears and the New York Giants, one of the announcers observed that Walter Payton, the Bears’ running back, had accumulated over nine miles in career rushing yardage. The other announcer remarked, "Yeah, and that’s with somebody knocking him down every 4.6 yards!" Walter Payton, the most successful running back ever, knows that everyone --even the very best-- gets knocked down. The key to success is to get up and run again just as hard. 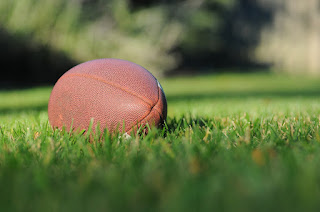 As an admirer of the late Walter Payton and an avid Bears fan I probably saw most of those yards he gained in his illustrious career. Just doing some rough math, if you figure that Walter gained over 14,000 yards at 4.6 yards per carry it means he  got tackled over 3,000 times. There were times that he got tackled for a loss behind the line of scrimmage. And each time he got up, ran back to the huddle and carried the ball just as hard the next time. Eventually, he would cross the goal line.

That is a good example of perseverance, a virtue recommended by Peter as a sign of spiritual maturity.

In the language of the New Testament the word used for perseverance is "hupomone" and it means "steadfast" or "endurance" and has the connotation of not just enduring but of turning a hurtful situation into helpful outcome.

It was through perseverance that Jesus endured the cross. No one has ever illustrated the essence of "hupomone" by suffering an extremely painful and unjust death BUT through that very death He turned a very bad thing into the ultimate good thing. By enduring the agony of the cross allowed Him to experience the joy of the resurrection! THAT'S PERSEVERANCE!

Walter Payton became a Hall of Fame running back by persevering despite being knocked down thousands of times and getting back up each time to run again. He gained nine miles 4.6 yards at a time! THAT'S PERSEVERANCE!

Have you been knocked down? Are you hurting and wondering what to do?

Persevere! Get up in the power of God and do the next right thing!