"For this very reason, make every effort to add to your faith goodness; and to goodness, knowledge; and to knowledge, self-control; and to self-control, perseverance; and to perseverance, godliness;" II Peter 1:5-6

A mother came to visit her son at college in the first semester of his Freshman year. She was very excited to see him but her excitement turned to disappointment when she visited his dorm room and noticed their was a dozen or so posters of scantily clad young ladies posing in provocative positions. 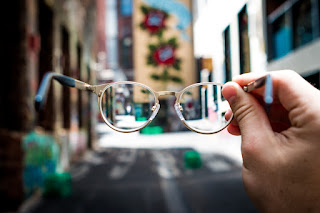 Though greatly troubled by what she saw the mother bit her tongue holding her opinions to herself. On her way back home she prayed for her son and asked God for wisdom on how to address this concern.

About a week later her son received a package in the mail. When he opened it he found a beautifully matted and framed picture of Jesus. He took the picture and proudly hung it above his desk.

As he backed away to view the newly mounted picture he decided to take down the poster nearest the picture of Jesus. And over time, as he continued to gaze on the picture of the Savior, the posters continued to come down until the last one was thrown away and Jesus alone was displayed on his wall.

The mother knew she had put the right kind of stuff in her son as she raised him. She realized he had lost his focus on Jesus and believed that once he regained that focus he would begin to act more godly. She was right.

Peter reminds us that God put good stuff in the hearts of those who trust Him for salvation. But if we lose our focus on Jesus we can clutter our lives with sinful things that hinder the working out of what He put in. There are times that we have to take those things down out of our lives to let godliness be revealed through our attitudes and actions.

Is your focus fixed on Jesus or are you staring at things you shouldn't? Are there some things you need to take down off the walls of your life in order to allow to become more godly?
Posted by Pastor Brad at 10:22 PM No comments: