"On the first day of the third month after the Israelites left Egypt—on that very day—they came to the Desert of Sinai. After they set out from Rephidim, they entered the Desert of Sinai, and Israel camped there in the desert in front of the mountain. Then Moses went up to God, and the LORD called to him from the mountain and said, “This is what you are to say to the descendants of Jacob and what you are to tell the people of Israel:  ‘You yourselves have seen what I did to Egypt, and how I carried you on eagles’ wings and brought you to myself. Now if you obey me fully and keep my covenant, then out of all nations you will be my treasured possession. Although the whole earth is mine, you will be for me a kingdom of priests and a holy nation.’ These are the words you are to speak to the Israelites.”   Exodus 19:1-6 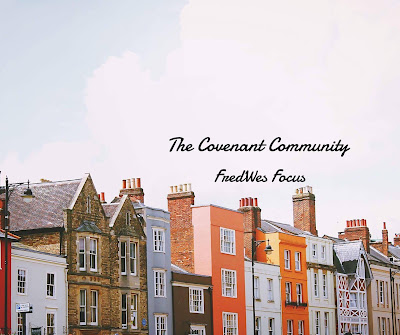 There is a subtle but significant change that happens during these verses. Did you catch it?

In verse 3 it refers to the "house of Jacob". You remember Jacob don't you? He was their troubled ancestor who manipulated his twin brother to get his inheritance, then tricked their father to steal his brother's blessing. Jacob was later tricked in turn by his uncle who required Jacob to work for seven years to get to marry his true love only to find after the wedding that he had been given the wrong sister for a bride. He had to commit to seven more years to get the woman he loved.

The Jacob wrestled all night with an angel, an experience that changed his life and his name. As the angel said to him at sunrise, "Your name will no longer be Jacob......It will be Israel, because you have struggled with God and with men and have prevailed." Genesis 32:28

Up until this point, the group of Jacob's descendants standing before God in Exodus 19 had only been known by their family name. They were of the "house of Jacob." Now they became the "sons of Israel". At this defining moment in their history, we witness in some ways the birth of the nation of Israel, God's people, a new day in their relationship with God.

This covenant community would no longer be known just for where they had come from.They would now be known for who they were- the people of God, His own unique possession created to carry out a crucial role in reaching the nations and to fulfill God's kingdom purposes.

The statement from the last part of Exodus 19:5 confirms this fact. When God said, "You will be My own possession out of all the peoples, although all the earth is mine," He was not simply affirming His ownership of the physical earth, His rightful claim as Creator. He was also using this phrase to describe His relationship with Israel - not to give them privilege and standing alone but to give them purpose. They were to be possession, not to be admired on a shelf but to be maneuvered full forces into the world.

Will you attempt today to serve God as His movable possession, seeing the world through His eyes of love wherever you go?
Posted by Pastor Brad at 8:43 PM No comments:

"If we confess our sins He is faithful and just to forgive us our sins and to cleanse us from all unrighteousness." I John 1:9

If we were in a room together and I told you that there were two doors we could go through to exit the room,one door marked "blessing" and the other door marked "cursing," I doubt if either of us would rush to the door marked "cursing". Yet that is what we do every time we disobey God's Word.We choose cursing over blessing. We choose death over life. We place ourselves in spiritual danger and render our lives ineffective in god's service. We lose sight of the kingdom.

This doesn't mean that our salvation is based on our performance. But it does mean that our obedience can directly impact God's blessing upon us. Our obedience also affects how useful we are to Him for His kingdom work.

Yes, we can keep His covenant.

Yes, we can be productive.

Yes, we can live as consistent kingdom citizens.

We know that God will keep His side of the bargain. And we are also sure that He will give us everything we need to hold our side as well.

Maybe you have been disobedient, but His covenant still stands. This kingdom still calls to you. This God who promised to the people of Israel still stands beside you this very day keeping His promise - drawing you back into fellowship, offering you freedom in place of failure.

He wants you close. He wants you near Him. He wants you to experience the fullness of the covenant every day. God has greater blessings in store for you. They hang in the balance of your balance.

If you will confess your disobedience to God and receive His full pardon as promised in I John 1:9 - "If we confess our sins, He is faithful and just to forgive us sins ans to cleanse us from all unrighteousness."
Posted by Pastor Brad at 4:33 PM No comments: