What Sort Of Friend Are You? 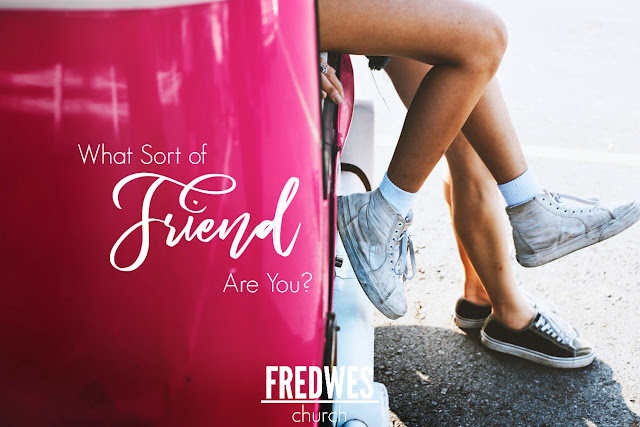 Miss Thompson taught Teddy Stallard in the fourth grade. He was a slow, unkempt student, a loner shunned by his classmates. The previous year his mother died, and what little motivation for school he may have once had was now gone. Miss Thompson didn’t particularly care for Teddy either, but at Christmas time he brought her a small present. Her desk was covered with well-wrapped presents from the other children, but Teddy’s came in a brown sack. When she opened it there was a gaudy rhinestone bracelet with half the stones missing and a bottle of cheap perfume. The children began to snicker but Miss Thompson saw the importance of the moment. She quickly splashed on some perfume and put on the bracelet, pretending Teddy had given her something special. At the end of the day Teddy worked up enough courage to softly say, "Miss Thompson, you smell just like my mother and her bracelet looks real pretty on you too. I’m glad you like my presents."

After Teddy left, Miss Thompson got down on her knees and prayed for God’s forgiveness. She prayed for God to use her as she sought to not only teach these children but to love them as well

She became a new teacher. She lovingly helped students like Teddy, and by the end of the year he had caught up most of the students.

What sort of friend are you?

What sort of friends do you have?
Posted by Pastor Brad at 11:08 PM No comments: