"If Christ has not been raised, your faith is worthless; you are still in your sins" 1 Corinthians 15:17 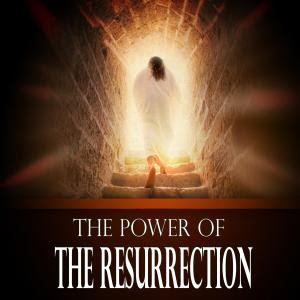 The Resurrection is reason for rejoicing because the fear of death is gone!

Also, the Resurrection is reason for rejoicing because the freedom of forgiveness is come!

When you wrong another person you make yourself indebted to them because you must right the wrong.  The more important the relationship the heavier will be the sense of indebtedness. That's why three of the most comforting words in the English language are "I forgive you".

Jesus went to the cross on Good Friday to provide payment for a massive debt. But it wasn't a debt He owed it was a debt owed by you and me for our selfishness and disobedience against God! Your debt against a holy loving God resulted in feelings of guilt, shame, regret, and condemnation in your spirit. This debt was too great for you to ever pay and in fact, you continued running up the debt.

On the cross, Jesus paid a debt He didn't owe and a debt that only He could pay so you can be freed from the haunting feelings of shame and guilt and condemnation!

"Therefore, there is now no condemnation for those who are in Christ Jesus, because through Christ Jesus the law of the Spirit who gives life has set you free from the law of sin and death. For what the law was powerless to do because it was weakened by the flesh, God did by sending his own Son in the likeness of sinful flesh to be a sin offering. And so he condemned sin in the flesh, in order that the righteous requirement of the law might be fully met in us, who do not live according to the flesh but according to the Spirit."  Romans 8:1-3

"Let no debt remain outstanding, except the continuing debt to love one another, for whoever loves others has fulfilled the law." Romans 13:8

That is a reason enough for rejoicing, but it is not the only reason! It gets better!

Not only did Jesus die to pay the price and take the penalty for your sins, but He rose from the dead to prove His power and authority over sin and death! So not can you know His forgiveness you can know the Forgiver!

Rejoice that fear has gone!

Rejoice that forgiveness has come!