"Dear Theophilus, in the first volume of this book I wrote on everything that Jesus began to do and teach until the day he said good-bye to the apostles, the ones he had chosen through the Holy Spirit, and was taken up to heaven. After his death, he presented himself alive to them in many different settings over a period of forty days. In face-to-face meetings, he talked to them about things concerning the kingdom of God. As they met and ate meals together, he told them that they were on no account to leave Jerusalem but “must wait for what the Father promised: the promise you heard from me. John baptized in water; you will be baptized in the Holy Spirit. And soon.” Acts 1:1-4 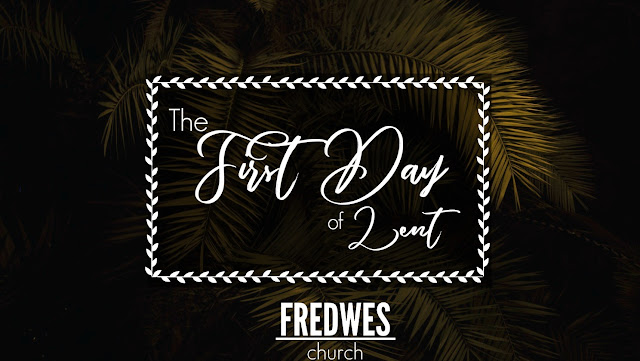 In the space of three days the world radically changed never to be the same!

For several millennia patriarchs and prophets and kings and judges had sporadically followed God's will. Often it was one step forward and two steps backward.

All that was followed by 400 years of silence when no one heard from God.

But then, "the Word became flesh and dwelt among us".

Jesus showed up on planet Earth and in the space of three years turned the world upside down. Everything that happened in those three years set the stage for the three days that would change the trajectory of time and eternity.

Ask Luke records, Jesus was crucified on Golgotha to atone for the sins of the world. The Perfect Son of God became the sin offering for "whosoever would believe in Him" so they "would not perish but have everlasting life".

After an excruciating and shameful six hours on the cross, Jesus died. Since the Sabbath was falling they had to hurriedly take His lifeless body from the cross and to the borrowed tomb. With just enough time to clean off the blood and wrap the body in a shroud they laid Him there with intentions of coming after the Sabbath to properly prepare the body.

It was a long Sabbath of grieving as those who loved Jesus tried to cope with His death. What would this mean for them? Would they be the next ones arrested? How could this have happened to One so good and righteous? If He was the Son of God why did God allow this to happen?

Finally, on the third two ladies hurried to the tomb anxious to prepare the body but they weren't prepared for what they found! The stone was rolled away, the guards were passed out on the ground and an angel sat on the stone!

They didn't have much time to wonder what had happened because the angel announced the amazing news that the tomb was empty and Jesus was risen from the dead! Sure enough, when they looked into the tomb it was empty! Jesus was gone!

"Run and tell the disciples He has risen as He said," urged the angel! And they did!

It was a short run because on their way Jesus appeared to them!

They had seen the empty tomb and now they saw the Risen Savior! His resurrection was real! Sin had been conquered and death had died!

In a span of 72 hours history was changed! The world would never be the same!

Hope sprang out of despair!

With God things can change dramatically in a short amount of time. Years of suffering and sorrow can turn to healing and happiness in no time at all. The death and resurrection of Jesus is exhibit one!

On this first day of Lent, remember, this is the season of hope! His resurrection power is at work in you!
Posted by Pastor Brad at 9:27 PM No comments:

"Therefore we do not lose heart. Though outwardly we are wasting away, yet inwardly we are being renewed day by day. For our light and momentary troubles are achieving for us an eternal glory that far outweighs them all. So we fix our eyes not on what is seen, but on what is unseen. For what is seen is temporary, but what is unseen is eternal." II Corinthians 4:16-18

Have you ever seen God?

Have you ever seen a soul?

Neither have I, although I feel like I have been close as I have sat at the bedside of saints who slipped away into eternity.

Pause for a moment and think about the important truth communicated in these verses. As Christ-followers we fix our focus on developing something that we cannot see (our soul) in order to please and prepare for Someone we have never seen (our God).
No wonder faith is so important!

The challenge of living for the invisible is dealing with distractions of the visible. The truths of the eternal are obscured by the temporary troubles of life. Life is the clash of two realities - the physical and the spiritual or, the momentary and the eternal. We live in both realities but must decide which one we will live for. Faith is focusing on spiritual realities in the world of the physical.

Our physical existence is fraught with pain and suffering. All pain and suffering is allowed by God to develop our faith since it forces you to choose which reality you will permit to define your circumstance. Will you let the pain define your faith or will you, by faith, focus through your pain and see the real and eternal world? The purpose of our temporary suffering is to strengthen our faith by choosing to rest our invisible soul in the presence of an invisible God.

This truth is expressed well by the writer of Hebrews in describing the faith of Jesus during His earthly trials, "Let us fix our eyes on Jesus, the author and perfecter of our faith, who for the joy set before him endured the cross, scorning its shame, and sat down at the right hand of the throne of God." Hebrews 12:2

Our soul is our escape hatch from the painful realities of the physical to the powerful realities of faith! Without our soul our pain WOULD be our reality with no hope of anything better. The invisible soul God gave us lifts us above the temporary until we arrive in the eternal.

How is your soul! Will you allow that which you have never seen to help you focus on the invisible?
Posted by Pastor Brad at 11:36 AM No comments: