"Let this mind be in you, which was also in Christ Jesus: Who, being in the form of God, thought it not robbery to be equal with God: But made himself of no reputation, and took upon him the form of a servant, and was made in the likeness of men: And being found in fashion as a man, he humbled himself, and became obedient unto death, even the death of the cross." Philippians 2:5-8 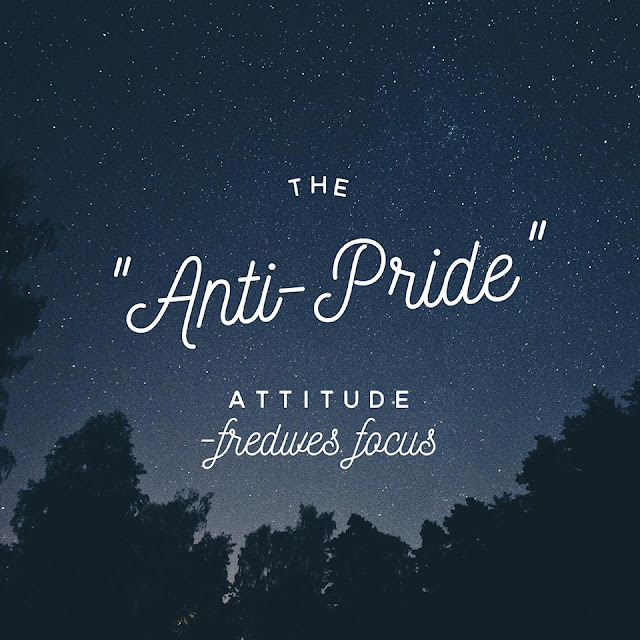 The Apostle Paul, who by his own admission struggled with pride, pointed to Jesus as the ultimate example of how to conquer pride in your heart.

Jesus defeated pride by intentionally and deliberately choosing to humble Himself in every area where pride tempted Him.

Humility is the antidote for pride. However, you can be sure it will be a battle. Since you are sinful by nature and pride is at the root of your sinful nature it's not hard to see why it's a struggle.

Jesus was born without a sinful nature and look how He guarded against pride. Take notice of the deliberate and intentional actions Jesus took to assure pride was defeated in His heart and mind.

Lucifer gave up his exalted status in Heaven because he coveted the reputation of God. He lusted for the power associated with being like "the most high". Sin originated out of that prideful delusion.

Jesus WAS like the most High and part of the Godhead. He shared in the creation of the universe and walked in the Garden with Adam. But rather than cling to His privileged position to develop His reputation He humbly laid it all aside. He intentionally chose the "anti-pride" attitude.

What would you have done?

What will you do?

"and took upon him the form of a servant"

God has always been served. Deservedly so since He created everything!

Creation SHOULD serve its creator!

Eternally He has been served by angels and then by human beings.

But, one day His Son, Jesus made an amazing decision to humbled Himself in order to serve those who He created to serve Him!

That sort of humility is the antidote to sin!

Are you doing that?

"and was made in the likeness of men"

Think about that! The Son of God Who existed as an eternal spirit took a weak mortal human body!

There's big problems with mortal human bodies! They get weary, they get ill, they are fallible, they are weak, they are limited to time and place, they can be tempted, and they can be killed.

But wait, those big problems are the very reasons why Jesus took on the "likeness of a man"! He became a God in the flesh so He could experience ALL of those human realities to become a better High Priest. Ultimately He became a man so He could die on the Cross to save the them.

He humbled Himself to become a servant!


"and became obedient unto death, even the death of the cross."


The ultimate weapon against pride and the most effective way to humility is obedience!

Obedience requires submission. Submission is a component of humility.

Pride is bad news! You are born with it and it destroys you unless you destroy it first!

The good news is, because of the attitude and actions of Jesus pride can be defeated by humility. Humility is possible through Christ!

You can choose to kill pride in your life by choosing to humble yourself before God and choose to obey Him every day in each decision.