"Now, our God, we give you thanks, and praise your glorious name." I Chronicles 29:13 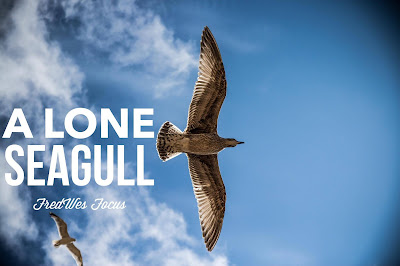 One of the things we give thanks to God for is His provision for us. Here is a great story of how God provides.

There is a true story of an old man who visited an old broken pier every Friday on the eastern sea coast of Florida until his death in 1973 his name was Eddie Rickenbacker whilst at the pier he would feed the sea gulls with a bucket of shrimps. Many years before in 1942 Eddie was a captain on board a B-17, he was on a mission delivering important documents to General Douglas Mac Arthur. On route there was an unexpected detour which would hurl his crew into a most harrowing adventure.

Somewhere over the south pacific they lost radio contact and the fuel ran dangerously low as a result they had to ditch the plane into the ocean. For nearly a month the crew of the flying fortress would fight the water, the weather, the scorching sun. They would spend sleepless nights as 10 ft sharks would ram into their 9 ft by 5 ft rafts. But out of all their enemies’ one that proved formidable was starvation.

Eight days into their dilemma all food and water was out. It would take a miracle to sustain them. A miracle took place. In Eddie's own words he said that “Cherry” who was the pilot read the service that afternoon and we finished with prayer and deliverance and hymn of praise. There was small talk but with the oppressive heat it tapered off with my hat pulled over my face, I dozed off. Now something landed on my head, I knew it was a seagull I don’t know how I knew, I just knew, everyone else knew too. No one said a word, but peering out from under my hat brim without moving my head, I could see the expression on the faces of the men. They were staring at the gull because it meant food....If I could catch it.”

And the rest as they say is history. Captain Eddie caught the gull the flesh was eaten and the intestines were used as bait for fishing. The men were sustained and their hope renewed because of a lone seagull hundreds of miles from land offered its life as a sacrifice.

Of course you know that captain Eddie made it... and you also know that he never forgot that lone seagull that saved his life and his men that day. With his bucket filled with shrimp every Friday you would find him feeding the gulls – in remembrance of that lone gull who gave himself for them without a struggle... like manna in the wilderness.

That reminds me friends that so often it is our encounters in the past that shape our futures, for many of us its the reason why were here today because of the past deliverance out of sin and death, through the Lord Jesus Christ, through his sacrifice we are rescued from sin – death and hell and are recipients of eternal life.

Isn’t that a cause of real thankfulness?

God IS good! He WILL provide! Trust Him and be thankful!
Posted by Pastor Brad at 10:02 PM No comments: