No Morality, No Government

I received this in my email and thought it worth sharing in the wake of our Fourth of July service and celebrations. 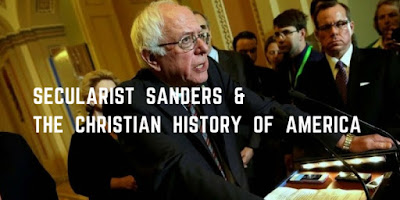 From recent reporting by Todd Starnes of FOX News:

Sen. Sanders deemed Vought unsuitable for office because he [Vought] believes that salvation is found alone through Jesus Christ. He [Sanders] said someone with that kind of a religious belief system is 'really not someone who this country is supposed to be about.'

Bernie Sanders doesn't have a clue of what he's talking about. Thankfully, other Senators rebutted their colleague from Vermont:

From 1775 to 1797, George Washington served as the chief military and political leader of the new United States of America. Celebrated as the "Father of his Country," Washington stated in his Farewell Address of September 19, 1796:

"Of all the dispositions and habits which lead to political prosperity. Religion and morality are indispensable supports. In vain would that man claim the tribute of Patriotism who should labor to subvert these great Pillars of human happiness-these firmest props of the duties of Men and citizens." 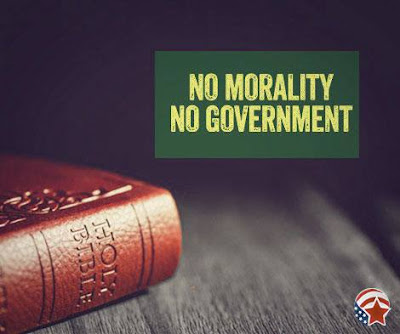 Washington cautioned that the "one who labors to subvert a public role for religion and morality cannot call himself a patriot." * Bernie Sanders' recent statements certainly fit Washington's warning.

John Adams, our second President, amplified Washington's tenet: "Our Constitution was made only for a moral and religious people. It is wholly inadequate to the government of any other."

The carcinogenic of Secularism - Christianity's chief competitor - thrives in the absence of instruction about America's Godly heritage. Secularism metastasized in America when the U.S. Supreme Court removed prayer and the Bible from public schools in 1962-1963; likely the most spiritually destructive event in the nation's history.**

As to America's heritage, he would be well served to peek at the 13 original State Constitutions before he makes a complete idiot of himself.

Pastors and Christian leaders were instrumental in the founding of America:
Add signers of the Declaration of Independence and the Constitution of the United States:
Add more pastors to the first Congress:
EXHIBIT B

In 1784, 1785, and 1787, Congress passed the "Northwest Ordinances" - drafted by Thomas Jefferson. The purpose of the legislation was to arrange a method by which new states would be admitted to the Union. Three to five states could be carved from the "Northwest" territory, which eventually broke into five states: Ohio, Indiana, Illinois, Michigan, and Wisconsin.

Part of the legislation read, "No person, demeaning [conducting] himself in a peaceable and orderly manner, shall ever be molested [harassed] on account of his mode of worship or religious sentiments." 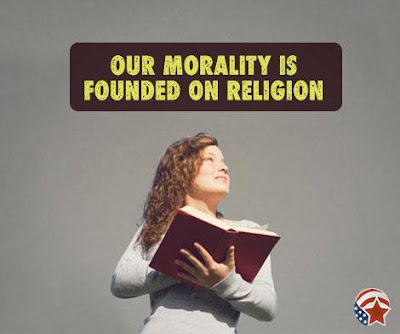 Of particular interest is Article Three of the 1787 Northwest Ordinance, "Religion, morality, and knowledge being necessary to good government and the happiness of mankind, schools and the means of education shall forever be encouraged."

A generation later, April 1831, Alexis de Tocqueville, French historian and political scientist, set sail with Gustave de Beaumont for the United States, to study America. "From Sing-Sing Prison to the Michigan woods, from New Orleans to the White House, Tocqueville and Beaumont traveled for nine months by steamboat, by stagecoach, on horseback and in canoes." ***

As a result of de Tocqueville's observation, he published his two-volume work, Democracy in America, in 1835 and 1840. What do you suppose immediately caught the attention of the Frenchman?

"Upon my arrival in the United States, the religious aspect of the country was the first thing that struck my attention; and the longer I stayed there, the more I perceived the great political consequences resulting from this new state of things. In France, I had almost always seen the spirit of religion and the spirit of freedom marching in opposite directions. But in America, I found they were intimately united and that they reigned in common over the same country.

"[Religion in America] must be regarded as the foremost of the political institutions of that country; for if it does not impart a taste for freedom, it facilitates the use of it. Indeed, it is in this same point of view that the inhabitants of the United States themselves look upon religious belief. I do not know whether all Americans have a sincere faith in their religion - for who can search the human heart? - But I am certain that they hold it to be indispensable to the maintenance of republican institutions".

Secularists, like Bernie Sanders, don't have a clue as to the Christian history of America. They have usurped the culture and now loom large over Big Business, public education, universities, government, Hollywood, arts and entertainment, and TV executives and media: i.e., the cultural mountains of influence.

There is good news in America. Gideons and Rahabs are beginning to head toward the public square. Hold onto to your seat because it's going to be a bumpy ride, for somebody's values are going to reign supreme.

* Daniel L. Dreisbach, Reading The Bible with the Founding Fathers

** goo.gl/Wf49bV. Also, consider that the lone dissenter, Justice Potter Stewart, said this in 1963, "It [the Abington School District v. Schempp ruling] led not to true neutrality with respect to religion, but to the establishment of a religion of secularism."

Posted by Pastor Brad at 9:06 AM No comments: