"Now when Joshua was near Jericho, he looked up and saw a man standing in front of him with a drawn sword in his hand. Joshua went up to him and asked, “Are you for us or for our enemies?” “Neither,” he replied, “but as commander of the army of the Lord I have now come.” Then Joshua fell face down to the ground in reverence, and asked him, “What message does my Lord have for his servant?” The commander of the Lord’s army replied, “Take off your sandals, for the place where you are standing is holy.” And Joshua did so.  Now the gates of Jericho were securely barred because of the Israelites. No one went out and no one came in. Then the Lord said to Joshua, “See, I have delivered Jericho into your hands, along with its king and its fighting men.  March around the city once with all the armed men. Do this for six days. Have seven priests carry trumpets of rams’ horns in front of the ark. On the seventh day, march around the city seven times, with the priests blowing the trumpets. When you hear them sound a long blast on the trumpets, have the whole army give a loud shout; then the wall of the city will collapse and the army will go up, everyone straight in. So Joshua son of Nun called the priests and said to them, “Take up the ark of the covenant of the Lord and have seven priests carry trumpets in front of it.” And he ordered the army, “Advance! March around the city, with an armed guard going ahead of the ark of the Lord.”When Joshua had spoken to the people, the seven priests carrying the seven trumpets before the Lord went forward, blowing their trumpets, and the ark of the Lord’s covenant followed them. The armed guard marched ahead of the priests who blew the trumpets, and the rear guard followed the ark. All this time the trumpets were sounding. 1But Joshua had commanded the army, “Do not give a war cry, do not raise your voices, do not say a word until the day I tell you to shout. Then shout!”So he had the ark of the Lord carried around the city, circling it once. Then the army returned to camp and spent the night there. Joshua got up early the next morning and the priests took up the ark of the Lord. The seven priests carrying the seven trumpets went forward, marching before the ark of the Lord and blowing the trumpets. The armed men went ahead of them and the rear guard followed the ark of the Lord, while the trumpets kept sounding. So on the second day they marched around the city once and returned to the camp. They did this for six days. On the seventh day, they got up at daybreak and marched around the city seven times in the same manner, except that on that day they circled the city seven times. The seventh time around, when the priests sounded the trumpet blast, Joshua commanded the army, “Shout! For the Lord has given you the city! The city and all that is in it are to be devoted to the Lord. Only Rahab the prostitute and all who are with her in her house shall be spared, because she hid the spies we sent. But keep away from the devoted things, so that you will not bring about your own destruction by taking any of them. Otherwise you will make the camp of Israel liable to destruction and bring trouble on it. All the silver and gold and the articles of bronze and iron are sacred to the Lord and must go into his treasury.”When the trumpets sounded, the army shouted, and at the sound of the trumpet, when the men gave a loud shout, the wall collapsed; so everyone charged straight in, and they took the city." Joshua 5:13-6:1-20

THAT’S A FASCINATING AND INSPIRING STORY, PB, I’M GLAD YOU REMINDED ME OF IT! BUT THAT WAS SEVERAL THOUSANDS OF YEARS AGO, WHAT HAVE YOU GOT FOR ME TODAY?

ACTUALLY, QUITE A BIT! I’M GLAD YOU ASKED!

YOU ARE A WALL-BUILDER BY NATURE. SO AM I!

WHEN SOMEONE HURTS US OR DISAPPOINTS US OR BETRAYS US OUR NATURE IS TO BUILD UP WALLS OF ISOLATION. WE BUILD WALLS OF BITTNERNESS AND WALLS OF MISTRUST AND WALLS OF APPREHENSION. WE CONSTRUCT WALLS TO PROTECT OURSELVES FROM EVER BEING HURT AGAIN. WE KEEP EVERYONE AT A SAFE DISTANCE.

JESUS COMES TO THE OTHER SIDE OF EACH OF YOUR WALLS AND CALLS US TO INTIMACY WITH HIMSELF. WHEN THE WALL CRUSHER CONFRONTS A WALL BUILDER SOMETHING HAS TO CHANGE!
THERE MAY BE SOME HERE THIS MORNING WHO SECRETLY AND DEEPLY LONG FOR INTIMACY WITH GOD BUT YOU AREN’T SURE HOW TO GET OVER OR AROUND THE WALLS YOU’VE BUILT.

THAT’S WHY GOD ALSO CALLS YOU TO VULNERABILITY. HE INVITES YOU CUT A WINDOW IN YOUR WALL AND CHANCE A LOOK AND A LISTEN AT HIM. DROP YOUR DEFENSES FOR A MOMENT AND INVITE HIM OVER TO YOUR SIDE OF YOUR WALL.

IF YOU ARE NOT READY FOR INTIMACY WITH GOD THEN TRY A LITTLE VULNERABILITY AND SEE HOW HE RESPONDS. TAKE HIM AT HIS WORD. TRUST HIS PROMISES. SEE WHAT HAPPENS WHEN YOU GIVE HIM A CHANCE.

IN OUR 23 YEARS OF EXISTENCE, FREDWES HAS FACED NUMEROUS WALLS AND EACH TIME WE HAVE WATCHED THEM FALL! GOD HAS BEEN FAITHFUL TO REMOVE THE BARRIERS THAT STOOD BETWEEN WHERE WE WERE AND WHERE HE HAS PROMISED TO TAKE US. UP TO THIS DAY, EVERY WALL HAS FALLEN!

NOW WE ARE STARING AT ANOTHER WALL. A WALL OF RELOCATION. FOR NOW IT IS A TEMPORARY RELOCATION THAT WILL GET US TO OUR LONG-TERM LOCATION AT NEW POST. WE’RE GOING TO FCS FOR AWHILE WITH THE EXPECTATION OF IT MOVING CLOSER TO OUR EVENTUAL NEW POST LOCATION.

WHAT IF GOD PUTS THOSE WALLS IN FRONT OF US TO FORCE US TO DEAL WITH THE WALLS WITHIN US?

WHAT IF HE HAS PLACED THIS JERICHO IN FRONT OF US FOR THE PURPOSE OF CALLING US TO INTIMACY WITH HIM?

WHAT IF HE HAS PLACED THIS CHALLENGE BEFORE US TO CALL US TO GREATER VULNERABILITY WITH HIM?

WHAT IF THIS WALL BEFORE US IS TO CALL US INTO A DEEPER AND MORE PROFOUND DEPENDENCY ON HIS POWER BECAUSE WE HAVE HIS PROMISE AND WE ARE TRYING TO LIVE OUT HIS PURPOSE?

WILL YOU DEVELOP A STRONGER INTIMACY WITH GOD? WILL YOU TEAR DOWN SOME OF THE WALLS THAT HAVE KEPT YOU FROM EXPERIENCING HIS PRESENCE?

ARE YOU WILLING TO BE MORE VULNERABLE BY TRUSTING HIM TO HELP YOU TEAR DOWN SOME OF YOUR INNER WALLS?

WILL YOU ASK HIM TO HELP YOU LEARN TO DEPEND ON HIM MORE AND ON YOURSELF MUCH, MUCH LESS?

"Now when Joshua was near Jericho, he looked up and saw a man standing in front of him with a drawn sword in his hand. Joshua went up to him and asked, “Are you for us or for our enemies?” “Neither,” he replied, “but as commander of the army of the Lord I have now come.” Then Joshua fell face down to the ground in reverence, and asked him, “What message does my Lord have for his servant?” The commander of the Lord’s army replied, “Take off your sandals, for the place where you are standing is holy.” And Joshua did so. Now the gates of Jericho were securely barred because of the Israelites. No one went out and no one came in. Then the Lord said to Joshua, “See, I have delivered Jericho into your hands, along with its king and its fighting men." Joshua 5:13-6:2 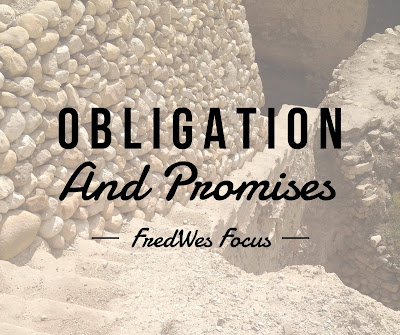 Jericho with its massive walls formed an imposing and formidable obstacle between God's people and the land God promised to Abraham some 500 years ago.

If those walls could fall they could conquer Jericho and take possession of the long awaited Promised Land!

But how could that happen?

No one had been able to stand against the fortress or breach its walls! There was an inner wall and there was an outer wall.

This portion of Scripture reveals the first clue to conquering Jericho. According to this messenger from God Joshua was to assess the walls of Jericho from the perspective of God's promises. Here is the promise, “See, I have delivered Jericho into your hands, along with its king and its fighting men."

Joshua was assured of victory before he even aligned his army for battle. At this point he had no idea of how he would conquer Jericho he just knew that he would because God said so! He heard God's promise before he heard God's plan.

Isn't this the way God always works? He always offers His promise prior to revealing His plan.

Why do you suppose that is?

Because God wanted to test and stretch Joshua's faith. Would he believe God's promise BEFORE he received God's plan?

That has been my experience!

God is not obligated to give me a plan but I am obligated to believe His promise! He wants me to build my faith on the foundation of God's character not on the clarity of His plan.

Faith isn't as much about what God has done or will do. It is more about WHO HE IS! Joshua was confident in assessing the walls of Jericho in the light of God's promised victory!

The second reason God gives His promise prior to presenting His plan is because He knows (and you know it, too) if He outlined His plan first we would take the plan and attempt to implement it in our own strength and strategy.

So confidence was beginning to grow within Joshua's heart once he heard the promise of God.

Do God's promises inspire faith within your heart and mind or do you have to have the details in order to believe?

You will be faced with foreboding walls throughout your life.

Learn from Joshua when you are threatened and intimidated by your walls and assess these walls in light of God's promises. Trust in His character. Have faith the walls will fall!

Know that if God has given you a promise it is His guarantee of His plan! And once your faith rises to the level of His promise you can be sure His plan will soon be revealed!
Posted by Pastor Brad at 6:19 AM No comments: