"Suddenly a great company of the heavenly host appeared with the angel, praising God and saying, “Glory to God in the highest heave and on earth peace to those on whom his favor rests.” Luke 2:13-14 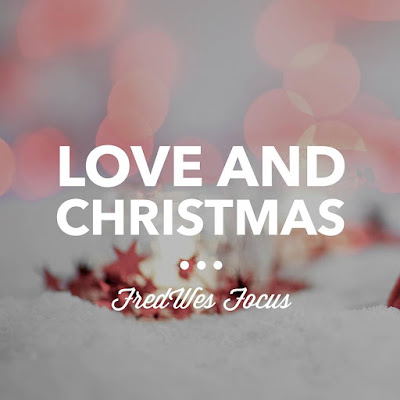 Love and Christmas are inseparable. It is the power of Christmas that brings significance, and security and satisfaction. I have found that love and experience those blessings.

Love has a name and it's Jesus!

Just as love is bound up in Christmas so is peace. The prophet Isaiah foretold of the coming of God's Prince of Peace and for centuries the faithful waited and watched.

And then in the most unexpected way in the least expected place at a completely surprising time, the angels announced it to the shepherds, "Peace on earth was possible because peace was born into the world and Jesus was His name!"

But Brad, there was no peace!

Herod dogged Jesus as a child wanting to kill Him. Joseph and Mary had to flee to Egypt in the middle of the night to find some freedom and safety.

John the Baptist was beheaded by Herod.

Jesus was eventually arrested, brutally beaten, mocked and then savagely nailed to a Roman cross.

All of His disciples except one were arrested, imprisoned and killed in horrible ways.

Christians all across the vast Roman Empire were hunted down like animals, persecuted, tortured and put to death in unspeakable ways.

So, what was actually accomplished by this Prince of Peace? What was worthy of celebrating with these Heavenly Host?

Jesus didn't come to cause the world in peace. Jesus came so His peace could live in me and in you. Peace is being right with God! Peace is having your sins forgiven and delivered from the power of sin. Jesus came to make forgiveness possible! Jesus came to bring Heaven within reach!

Jesus came not to make peace automatic but His coming, His inspired teaching, His sacrificial death and His miraculous resurrection from the dead made peace available to all who will believe in Him!

Peace doesn't protect you from the stresses, pressures, pain, battles, and opposition from those who hate God and despise you. But peace can keep you strong and secure in the middle of those difficult days!

Peace is in a Person!

Peace has a name and it's JESUS!
Posted by Pastor Brad at 11:27 PM No comments: