"The angel spoke to the women: “There is nothing to fear here. I know you’re looking for Jesus, the One they nailed to the cross. He is not here. He was raised, just as he said. Come and look at the place where he was placed." Matthew 28:5-6 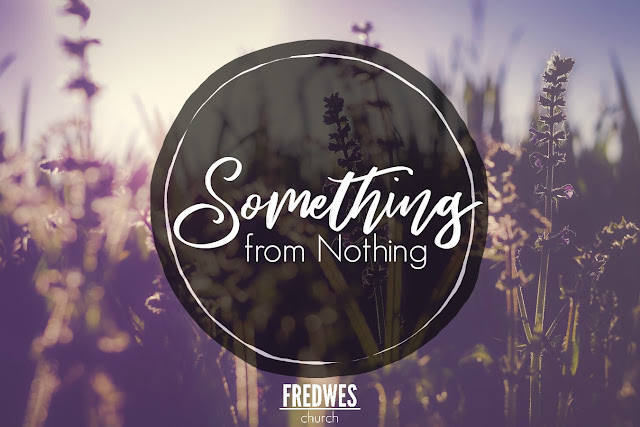 One of the most popular sitcoms in television history was the show "Seinfeld". I confess it became one of my favorites but I didn't start watching until it came out in syndication.

When asked to opine on the popularity of the show Jerry Seinfeld admitted he was surprised by its success since it was a show about nothing!

So this iconic TV show illustrates that episodes about nothing can become something!

The same is true of the beloved Easter Story!

These dear ladies arose early and made their way through the predawn darkness to the tomb of Jesus. They didn't know for sure if they would even be able to enter into the tomb because of the massive stone that sealed the entrance. It was important to them that the body of Jesus be prepared for a proper burial. So, off they went with no guarantee they would be able to enter the tomb unless someone was there to roll away the stone!

When they got to the tomb nothing was in front of the tomb because the stone had been rolled away. They didn't know what to think of that but fortunately there was an angel there to announce the wonderful news that Christ had risen from the dead on the third day just as He had promised! So, there was nothing in the tomb but he invited them to look for themselves. And when they looked they saw nothing! The tomb as empty!

And when they saw nothing they knew God was up to something because God specializes in doing something with nothing!

First, God created the amazingly majestic universe out of nothing! Look out at the full moon tonight or at the beauty of Spring tomorrow and remind yourself that they all come from nothing! And they came for nothing when God said something! All He had to say was, "Let there be....!" and everything we see around us appeared from nothing!

And now, God was up to something when there appeared to be nothing! He raised Jesus from the dead! That is why they found nothing in the tomb! God had done something! And that something that God did means everything!

It proves that He has power over death!

It proves that He can be counted on to keep His promises and every promise is true!

It proves that He is present and has promised to never leave you or forsake you!

It means that if you think you are nothing God can certainly do something with you! All you have to do is give Him everything and He will do something that will change your life forever!

What do you have to lose? Nothing!
Posted by Pastor Brad at 11:16 PM No comments: