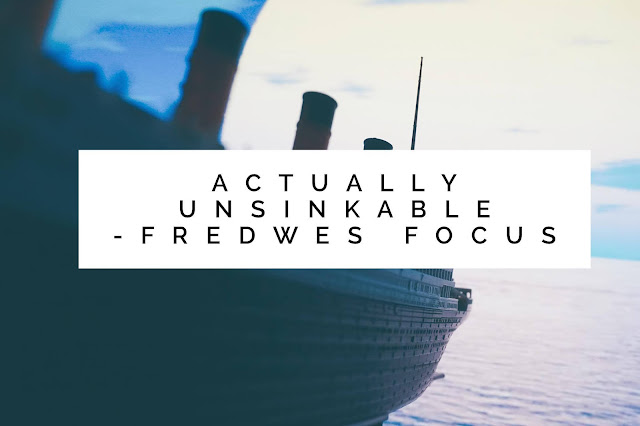 It was 104 years ago that the unexpected happened.

In the frigid waters of the North Atlantic the "unsinkable" luxury line "Titantic" hit an iceberg and gashed a huge hole in its hull. At 2:20 am on April 15, 1912, it slipped below the surface of the ocean with 1517 souls still aboard.

So unexpected was it that when the news hit the newspapers it was met with stunned disbelief.

It seems most had bought into the hype of the "unsinkable" Titanic.

Should they have had such loft expectations of a ship on its maiden voyage? Wouldn't their hopes have been more realistic had the crew and the captain have had the experience of several previous voyages?

History shows the fallacy of expecting something based on speculations and calculations and projections rather than experience. And it certainly calls into question the decision to allow fewer lifeboats than usual. Was that because of the assumption if the ship was not likely to sink they would surely not be needed?

A century of speculation and second-guessing has only added to the folly of their grand but unfounded expectations.

In the great "faith chapter" of the Bible, Hebrews 11, the phrase "by faith" appears some 18 times by my count. That's another way of saying "they had expectations" of God.

For most of them their expectations were rooted in their experiences with God. They had personally experienced what He could do for them and could easily imagine Him being able to do more.

The chapter records that their expectations were rewarded, some in this life but all in the life to come. God had "something better" planned for them.

God always delivers more than we expect from Him!

Two thousand years of "by faith" experiences have proven God REALLY IS unsinkable and you can expect Him to keep your life and your hopes afloat!

Your life won't always be smooth sailing but the One Who steers the ship also controls the sea!