"Still other seed fell on good soil. It came up, grew and produced a crop, some multiplying thirty, some sixty, some a hundred times.” Mark 4:8 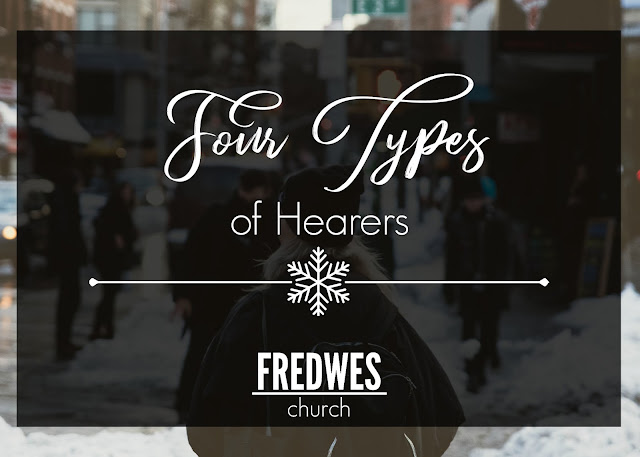 Have you learned more by asking or by listening?

Before Jesus told the Parable of the Sower he emphasized, "Listen!" And again, when He ended it He said, "Listen!"

Actually, He said, "He who has ears to hear let him hear." In other words, "Listen!"

The parable is about listening, or at least hearing, the message of the Gospel. Jesus identifies four different types of hearers.

First is the Egocentric Hearer as represented by the seed that fell on the path.

This person listens to hear what he wants to hear or for what sounds good to him and dismisses anything else. Ignoring or dismissing truth will harden your heart.

Second is the Emergency Hearer as represented by the rocky soil.

The emergency hearer usually begins listening when things get rocky or painful in his and life. But because he only wants relief but not the responsibility of a relationship he fails to grow roots to sustain him.

Third is the Emotional Hearer as illustrated by the thorny soil.

An emotional hearer listens and learns but falls in love the feeling rather getting grounded in faith. So when the trials of life begin to pressure him and the emotions turn from good to bad his faith wanes.

Finally is the Effective Hearer as represented by the good soil that produced a bountiful harvest.

One of those four is you.

What will you do about it?
Posted by Pastor Brad at 11:38 PM No comments: