“Which one of you, if he has a hundred sheep and loses one of them, would not leave the ninety-nine in the open pasture and go look for the one that is lost until he finds it?" Luke 15:4

“Or what woman, if she has ten silver coins and loses one of them," Luke 15:8

"because this son of mine was dead, and is alive again—he was lost and is found!’ So they began to celebrate." Luke 15:24 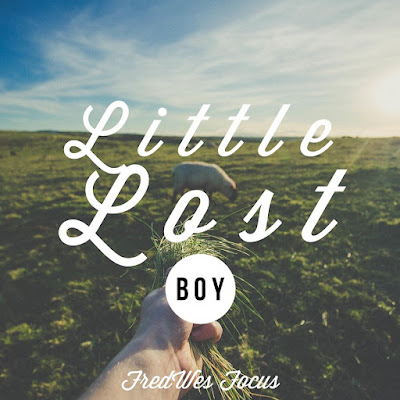 Nowadays with GPS devices it is hard to get lost. It's very likely that most people under age forty have never known how it feels to be lost. That is probably a good thing but it dulls the impact of the three parables Jesus told Luke 15 because each parable is about something of great value that was lost.

When my three were little tykes I took them to Six Flags Park near Chicago. There was a ride all three of them wanted to go on in a nearby section of the park. The two oldest promised they would take special care of little Marcus if I let them go. So I agreed. I sat and waited for them to return.

Some thirty minutes later Matt and Bradi came running up filled with excitement telling me how great the ride was. As I tried to share in their excitement I couldn't help but notice little Marcus was missing. It was apparent they hadn't yet noticed.

We urgently began the search for a knee-high kid in a swarming mass of humanity. I tried not to show on the outside the panic that was overwhelming me on the inside. He could be merely lost in the crowd or he could be kidnapped and long gone by now.

I had the older two lead me in retracing the path they had taken to get from where they were to where they met up with me. I did my best to follow them, avoid the crowd, pray and look for Marcus all at the same time. By then I was in full fatherhood mode and I really think for those few minutes I had x-ray vision. Really!

As we got near the ride they had recently left there was a sudden momentary parting of the crowd and there he stood! At six years old he had the presence of mind to stay put knowing we would eventually come back to find him.

In those desperate minutes I think I experienced the sort of heart-wrenching pain and anxiety the shepherd and the woman and the father felt in Jesus' parables.

That's exactly the point of these stories. We need to understand the angst and heartbreak God endures for each and every lost soul on earth.

We need to make sure we don't break His heart by staying lost.

And, most importantly, we must share His urgency to find those who are lost. I try to stay in touch with how I felt that day I looked for my lost boy.

That's why FredWes was founded.

That's how FredWes has grown.

That's why FredWes must do two services really well so we will have room to keep reaching lost people and loving them to life.

That's why FredWes must do what it takes to get to New Post in a larger place to have more space to reach more people in more ways.

That's why FredWes will some day launch a new congregation in a new place where more lost people can be found and claimed and loved to life.

Three simple stories remind us of why FredWes exists and what must drive us to our future - we once were lost but now we're found and we have become a search party.

As lost as there is one lost soul we can reach in NoVA we must not stop searching.
Posted by Pastor Brad at 10:53 PM No comments: