Proofs Of The Resurrection

"After the Sabbath, as the first light of the new week dawned, Mary Magdalene and the other Mary came to keep vigil at the tomb. Suddenly the earth reeled and rocked under their feet as God’s angel came down from heaven, came right up to where they were standing. He rolled back the stone and then sat on it. Shafts of lightning blazed from him. His garments shimmered snow-white. The guards at the tomb were scared to death. They were so frightened, they couldn’t move. The angel spoke to the women: “There is nothing to fear here. I know you’re looking for Jesus, the One they nailed to the cross. He is not here. He was raised, just as he said. Come and look at the place where he was placed." Matthew 28:1-6 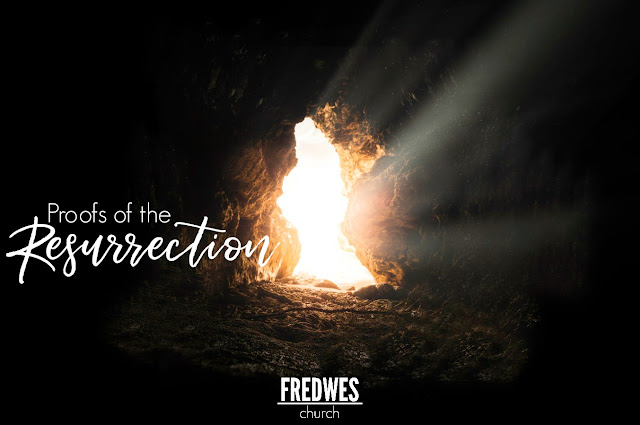 The Resurrection of Jesus Christ is the singular best documented and most important event in human history. It is the foundational fact of the Christian faith because if Jesus did not arise from the dead then none of the Biblical claims about Him can be believed.

The Resurrection of Jesus Christ distinguishes Christianity from the other great religions of the world since none of them can claim a living Founder of their faith. We can! And we do!

1st, Christ predicted His resurrection. The Bible records, "From that time Jesus began to show His disciples that He must go to Jerusalem, and suffer many things ... and be killed, and be raised up on the third day" (Matthew 16:21, New American Standard Bible). Even though His followers did not understand what He was telling them at the time, they remembered His words and recorded them.

2nd, Jesus made numerous appearances to His followers. He comforted the mourners outside His tomb on Sunday morning. On the road to Emmaus, He explained things about Himself from the Old Testament. Later, He ate in their presence and invited them to touch Him. Scripture records that Jesus was seen by more than 500 at one time. Some may argue that a few people could have agreed to a deception, but how can one explain the collaboration of 500 people?

3rd, the unrelenting faith of the disciples convinces me of the Resurrection. Those disciples who were once so afraid that they deserted their Lord now courageously proclaimed this news, risking their lives to preach. Their bold and courageous behavior does not make sense unless they knew with absolute certainty that Jesus had been raised from the dead.

4th, the growth of the Christian church confirms the Resurrection. Peter's first sermon, which dealt with Christ's resurrection, stirred people to receive Him as their living Savior. Luke records the thrilling results: "That day there were added about three thousand souls" (Acts 2:41). And that group of believers has multiplied until now it reaches around the world. Today, there are hundreds of millions of believers.

Finally, the testimony of hundreds of millions of transformed lives through the centuries shows the power of the Resurrection. Many have been delivered from addictions. The destitute and despairing have found hope. Broken marriages have been restored. The most conclusive proof for the resurrection of Jesus Christ is that He is living within believers today in all of His resurrected life and transforming power.