"He sits enthroned above the circle of the earth, and its people are like grasshoppers. He stretches out the heavens like a canopy, and spreads them out like a tent to live in." Isaiah 40:22 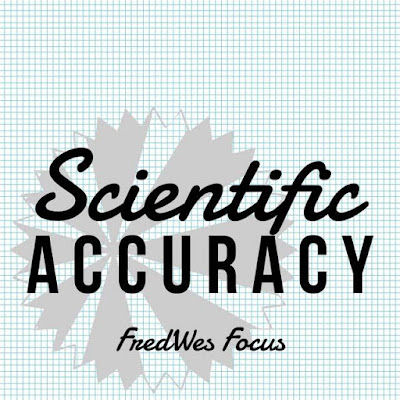 Many people have been conditioned to think that science and Scripture are incompatible. In fact, nothing could be further from the truth. Centuries before medieval scholars had figured out the world wasn't flat, the Bible announced its curvature. (Isaiah 40:22) Numerous other scientific principles are announced in the Scriptures long before they were discovered and confirmed by scientific methods.

* The almost infinite extent of the universe (see Isaiah 55:9)

* Law of conservation of mass and energy (see II Peter 3:7)

None of these revelations are couched in technical scientific jargon, but nonetheless, they bring to light facts about the universe that were not previously known. How were these advanced scientific truths revealed? Even though they would not be widely studied or understood for centuries, God's Word reveals them in various portions of Scripture.

How did these ancient writers know these elements of nature when they had not studied them and when they were not readily known? Lucky guess? I don't think so!

They could only know these natural truths if they were divinely revealed by One Who is supernatural!

If God could reveal these facts centuries before they were proven by accepted scientific methods, maybe He can be trusted to inspire the rest of the Scriptures, too! Since He was right in these predictions, maybe we can trust His veracity in the other Books of Scripture!

It doesn't take a rocket scientist to believe in God's Word!

"Many have undertaken to draw up an account of the things that have been fulfilled among us, just as they were handed down to us by those who from the first were eyewitnesses and servants of the word. Therefore, since I myself have carefully investigated everything from the beginning, it seemed good also to me to write an orderly account for you, most excellent Theophilus, so that you may know the certainty of the things you have been taught." Luke 1:1-4

Luke, who wrote the Gospel of Luke, was a well-respected physician in his day. He wasn't the kind who takes wooden nickels. Luke wasn't afraid to ask the hard question and was in a constant search for truth. His Gospel is written to give a historical documentation of the truth of this new faith called Christianity. Since his primary audience was the Greeks, he had to make sure his arguments were solid and proven. He did. They are!

That brings us to our second proof of the authenticity of the Bible:

Quoting Alex McFarland, "The historical accuracy of the Scriptures is in a class by itself, far superior to the written records of Egypt, Assyria, and other ancient nations. Archaeological confirmations of the biblical record have been almost innumerable in the last century."

Dr. Nelson Glueck, is regarded by many as the greatest modern authority on Israeli archaeology. He observed, "No archaeological discovery has ever controverted a biblical reference. Scores of archaeological findings have been made which confirm in clear outline or in exact detail historical statements in the Bible."

Here are a few of the document archaeological finds that support biblical claims:

The city of Jericho (by the way, the walls DID fall in)

The city of Nineveh

Ur, which had Ziggurats (similar to what scholars had imagined the Tower of Babel would have resembled).

Babylon, a clay fragment was unearthed there with the following inscription referring to one particular ziggurate: "Offended the gods, was destroyed at night....people scattered with speech made strange." (sound familiar?)

Meggido, the failure to discover this city was cited as a criticism against the authenticity of the Old Testament. But guess what? It was recently discovered and was found to be where, indeed, Solomon kept his stables for 450 horses. (See I Kings 9 and II Chronicles 8)

This is just a partial list, but impressive historical documentation for any open-minded researcher.
Want some New Testament historical evidence?

The following places referenced in the New Testament have been verified by archaeological finds:

Cana - in 725 A.D. an inscription was found referencing "Cana, near Nazareth" and referring to the "miracle of the wine."

Again, this is only a partial list of the archaeological documentations.

Skeptics, atheists, and agnostics put their confidence in historical records and manuscripts far less documented than the Old and New Testaments. So, faith ultimately becomes and issue of the heart not the head.

For those of you who have given your hearts to Jesus, here is some good stuff to wrap your head around!

Posted by Pastor Brad at 8:45 PM No comments: