"When you pray, don’t be like those show-offs who love to stand up and pray in the meeting places and on the street corners. They do this just to look good. I can assure you that they already have their reward." Matthew 6:5

If someone asked you, "What is the purpose of prayer?" how would you answer?

Why do you pray?

I can't predict how you would answer but I am sure you don't pray just so you can impress others.

That's the attitude and the motive that Jesus detests. He found it detestable in the religious leaders of His day and since He never changes, we know He must still be disgusted by it!

Think about participating in a spiritual act intended to help you to enter into fellowship with God but you choose to use for the purpose of drawing attention to yourself.

Think about feigning prayer to a Holy Almighty God specifically for the purpose of gaining respect and building a reputation for yourself! How lousy is that?

When you pretend to be something you're not by doing something you don't really mean, what does that make you?

Jesus uses the word, "hypocrite". That word comes from the Greek word "hypocrisis" which is the word used for an actor in one of their many plays. An actor is a pretender playing the part of someone he is not. The very accomplished actor can make you actually believe that character he plays is really who he is!

Jesus never did that. He never prayed loud raucous prayers intended to call attention to Himself. The vast majority of His prayer was done in secret places.

Whether He prayed publicly or privately Jesus prayer powerful, simple and sincere prayers.

The word "sincere" comes from two Greek words "sine" and "ceris". Put together those who words are translated "without wax".

Why is that a big deal?

Melted wax was often used by potters to fill in the cracks that might develop when the pots were in the kiln. The melted wax would be poured into the crack, smoothed off and painted over to hide the crack. Once the pot was painted it was then sold with the first quality pottery. If the pot was set out in the sun the wax would be melted and the fault exposed.

Because this practice was fairly common a reputable dealer would advertise his pottery was "sine" "ceris" or "without wax".

So Jesus is saying, "When you pray let your prayers be sincere - "without wax".

Jesus was also saying, "The prayers of the Pharisees and the religious leaders are insincere. When it comes to prayer they were "cracked pots".

Sincere prayer comes out of a proper motive. Jesus refers to the insincere motives of the religious leaders prayers:


However, Jesus prefers these motives for praying:


properly done allows you to enjoy a vital, vibrant and satisfying relationship with God. And when that happens He becomes you reward!

Are your prayers sincere?

Posted by Pastor Brad at 4:33 PM No comments:

"When you pray, don’t be like those show-offs who love to stand up and pray in the meeting places and on the street corners. They do this just to look good. I can assure you that they already have their reward. When you pray, go into a room alone and close the door. Pray to your Father in private. He knows what is done in private, and he will reward you. When you pray, don’t talk on and on as people do who don’t know God. They think God likes to hear long prayers. Don’t be like them. Your Father knows what you need before you ask."
Matthew 6:5-8 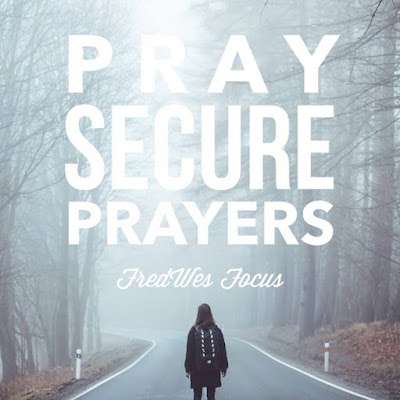 Jesus referenced how the Pharisees and religious leaders pray and then pointed out to His disciples, "Don't pray like this!"

So, they must have wondered, "Okay then, how should we pray?"

That was the question He was waiting for!

After pointing out two things the religious leaders where doing wrong with prayer He told them them three things they should do right!

We will examine these three aspects of prayer that honors God.

Without getting into specifics (which I will) what differences can you see at face value?

What is the opposite of sincerity?

Is it not hypocrisy?

When the Pharisees and religious types of that day stood in very public places praying loudly and pretentiously how does that impact you?

If so, how did it make you feel?

It's one thing to pray fervent prayers in public if you are praying personal passionate prayers in private.

Don't you think you can pray more sincere prayer in public if you are praying regularly in a secret place?

Jesus said, "When you pray, GO INTO A ROOM ALONE."

When you intentionally decide to get alone with God to pray you are serious about praying! That has to be the most sincere form of prayer wouldn't you say?

What are secure prayers?

When I say "secure" prayers I am referring to prayers addressed by someone who is secure in his relationship with His Heavenly Father and confident he doesn't have to beg God to hear him.

Are you secure when you come to God in prayer?

Do you ever feel like you have to beg God to hear you when you pray?

"When you pray", Jesus said.

When Jesus says, "When you pray", I say, "You should listen and learn!"
Posted by Pastor Brad at 9:32 AM No comments: